Verath is the official seat of power of the legendary Rhouman Empire, a distant land of mythical heroes and legendary immortal creatures. It is ruled by Emperor Gnaeus Bestia Nos Validus from the Verathian City of Rhoum.

This strange and enigmatic land is cloaked in mystery, and it’s mighty people are known for their deep secrecy nearly as much as they are known for their incomparable power. It is known, at least, that Verath has no formal army, and is bolstered by a host of ancient golems which defend their luxurious magical cities.

It is commonly believed that all denizens of Verath have allied themselves to ancient noble houses, which have been described as fostering loyalty in a manner that is similar to guilds within Terath, though some scholars have claimed that the Great Houses of Verath demand loyalty so deep that it transcends all other oaths. 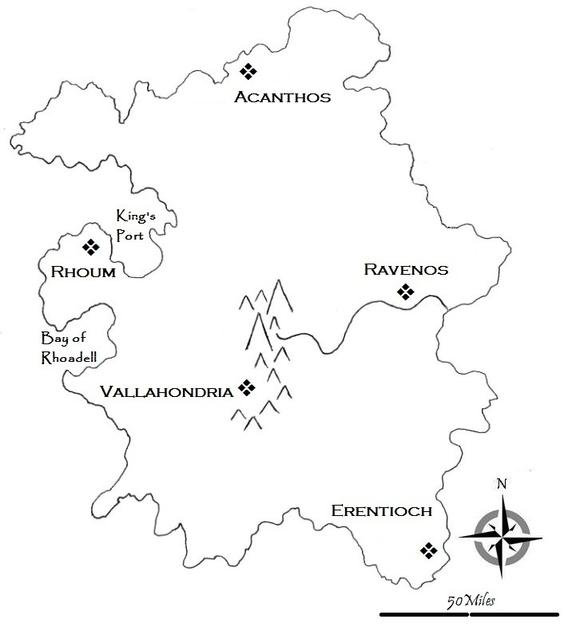 Soldiers, Wizards, and Monarchs from Terath traveled through the Crystal Gate to join in a military campaign that some refer to as The Verathian War, but that most scholars have come to call The Pale Campaign. Even during the Pale Campaign, the people of Verath kept a tight veil of secrecy, preventing those who came to fight in the war from learning much about the land during the war.